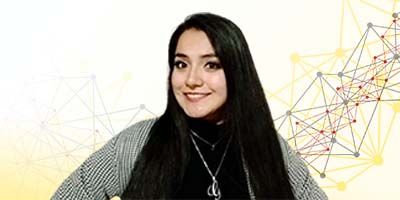 SORG offers Latin Seminars for our Spanish-speaking CMF surgeons! Giselle Juárez from Mexico joined us in our last session and tells us about her experiences:

“Since 2019 I am a big fan of your webinars. Back then, a representative told me about SORG and its wide range of on-site and online courses. So, I started to be part of the SORG WEBSchool. Especially due to the pandemic, I had the opportunity to participate in more of your webinars than usual and I really enjoyed every single one.

I also attended the Latin Seminars in October, which were a highlight for me, as it was in my mother tongue Spanish. Also, the variety of speakers and the cases they discussed were very representative. To summarize it up: I learned a lot of new and very interesting things. On top, SORG provided me a certificate of attendance including BLACIBU credits, which is important for my recertification.

I just graduated from Centro Médico Nacional Siglo XXI and currently I am working in a private clinic as a CMF surgeon and implantologist. When there is an interesting course, I always telling my colleagues from the clinic about it. Some of them also joined and became SORG fans. Without any doubt, I can recommend everyone to register for upcoming courses!”

Regularly, our Spanish-speaking CMF surgeons organize so called Latin Seminars as part of the SORG WEBSchool. In October 2021, the topic was "Reconstructive Oncologic Surgery - Successful Planning of Complex Cases". We celebrated the two-day lasting webinar with a total of nearly 1,000 registrations, 12 speakers, and countless highly engaging presentations and case discussions.