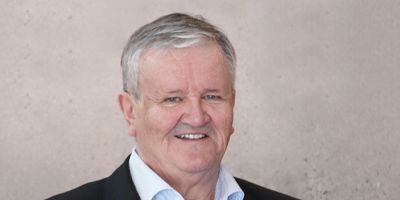 At the occasion of our past SORG General Assembly held virtually on May 8, 2021, Karl Leibinger as the last of the founding fathers of our association announced his retirement from the SORG Board being a member as long as it has existed. SORG Past President Eddy Becking therefore proposed to the assembly to grant Karl the SORG Honorary Membership for his long-life support in a comprehensive and moving laudation.

Karl has continuously been very dedicated for initiatives which improved surgical techniques, surgeon skills, education, knowledge and research in craniomaxillofacial surgery. His support was far beyond the hardware related issues which his company initiated and has embraced like the mini-plate osteosynthesis and later on with the same visionary mission distraction techniques, virtual planning, patient-specific implants and solutions as one of the world leaders in oral and maxillofacial surgery.

While everyone feels respectful gratitude for all his achievements, his international footprint is immense and he has been able to produce, train and subsequently transfer excellent skills and responsibilities to his son Christian who enthusiastically follows him on this path.

“I am most grateful and privileged for having been proposed and accepted unanimously by the assembly as SORG Honorary Member which underlines the inseparable bond between SORG and myself. After having uninterruptedly contributed to the SORG spirit from the very beginning, I feel delighted and extremely satisfied to see what an internationally highly esteemed organization providing teaching, education, research and science we have built over the years.” says Karl Leibinger.

At this point we only have one thing to say: Thank you, Karl – we are glad to call you SORG Honorary Member.

Karl Leibinger together with his son Christian Leibinger is President and CEO of the KLS Martin Group. At the age of 24 years, he joined the medical technology family business Karl Leibinger Medizintechnik in Mühlheim an der Donau in Germany in 1974 as CEO after his father had died in a car accident in Mexico. Unexpectedly at an early age, he took over the management of the family business in the fourth generation. He brought the business to flourish and was able to more than triple the number of employees. He also reached important milestones within the KLS Martin Group. He successively expanded the product range of the group of companies and accelerated its internationalization. In May 2020, the Leibinger family became exclusive owner of all companies of the KLS Martin Group.