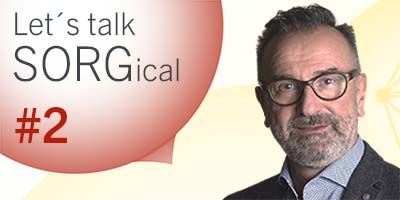 1989 - a very significant year! The wall between East and West Germany fell, the internet was invented by Tim Berners-Lee and the first episode of the Simpsons was broadcasted. And last but not least: SORG was founded!

⚡ Flashback ⚡ Everything began with one breakthrough development: Maxime Champy from Strasbourg underlined scientifically that mandibular fractures are better treated with conformable mini-plates instead of rigid plates applying stable dynamic osteosynthesis. Based on this finding, he and his CMF friends Dieter Pape, Klaus Gerlach and Leen de Zeeuw were passionate about bringing this concept to their colleagues and the rest of the OMF world and founded therefore the Strasbourg Osteosynthesis Research Group, so-called SORG! Since then, SORG has developed over all these years into a well-established increasing international community of respected CMF surgeons.

Looking back at what we have meanwhile achieved, we may pat ourselves on the back!

You want to find out more about the history of SORG? Please click here!